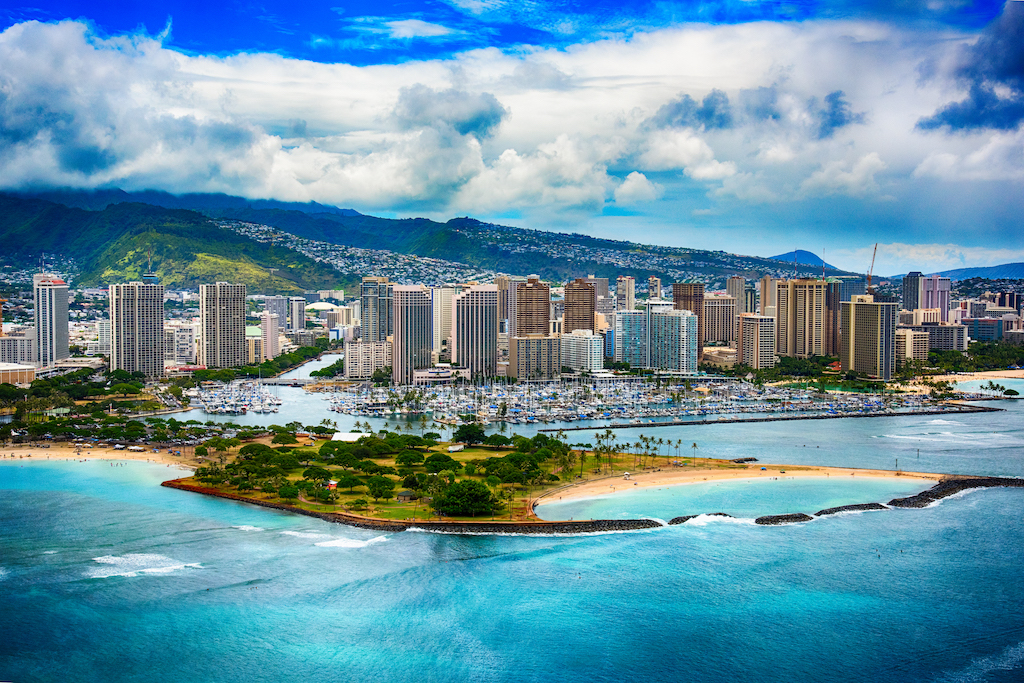 Hawaii, the Aloha State, became a U.S. Territory in 1898 and officially became a state in 1959. Hawaii is the world’s largest island chain, and it is the only state made up completely of islands. There are 132 islands in the state’s island chain, 7 of which are inhabited. Hawaii’s main island, Hawaii, is home to Hawaii’s most active volcano, Kilauea. The volcano has been erupting for over 30 years and expands the island by 40 acres per year. By this definition, Hawaii is the fastest-growing state in the country! The state is home to a rich culture of hula dancing, surfing, and Hawaiian hospitality. It is the only state with two official languages, English and Hawaiian. Due to its separation from the mainland, Hawaii relies on imports for food and other goods. Additionally, its beautiful tropical climate attracts tourists from all over the world.

Hawaii’s economy is unique as it relies on imports and has the highest overall cost of living in the country. This is due to Hawaii’s location and climate. According to the Bureau of Economic Analysis, in 2020 real estate accounted for 20.76% of gross domestic product. The national average for real estate is 13.95%. In agriculture, sugar cane and pineapple are Hawaii’s most valuable crops. The state also produces exotic flowers for export, coffee, macadamia nuts, bananas, guava, and other tropical fruits. Tourism is the real breadwinner for the state. According to the Hawaii Tourism Authority, in 2019 tourism was the largest single source of private capital in Hawaii’s economy. Visitor spending totaled $17.75 billion, over 20% of GDP. Hawaii’s economy is driven strongly by tourism and disposable income per capita.

Hawaii’s unique economic structure and high costs of living drive Hawaiians to work multiple jobs. These jobs often service the tourism industry, and many of them are small businesses. According to the US Small Business Administration, as of 2020, there are over 135,000 small businesses in Hawaii. This is 99.30% of all businesses! Small businesses employ over half of the private workforce in the state. These individuals work hard so they can enjoy the natural beauty of Hawaii and enjoy some time at the beach. At Peak Business Valuation, business appraiser Hawaii, we enjoy working with small businesses across the state providing business valuations in Hawaii. Reach out to us with any questions you have about a business valuation!

At Peak Business Valuation, business appraiser Hawaii, we have jumped from island to island performing business valuations and machinery & equipment appraisals. We have recently worked in the following cities:

At Peak Business Valuation, business appraiser Hawaii, we have worked with a number of unique businesses. In Hawaii, the strong demand for real estate drives many different construction activities. We have even worked with a swimming pool construction company! In finding a business appraiser, it is important to work with someone with experience in your industry. Below is a list of industries we have worked in, including:

Why Get A Business Valuation in Hawaii?

Perhaps you are pursuing a business opportunity in Hawaii. Maybe you need a focused path to grow in your current business. Individuals, management companies, lawyers, and others reach out to us at Peak Business Valuation, business appraiser Hawaii, for many different reasons, including: