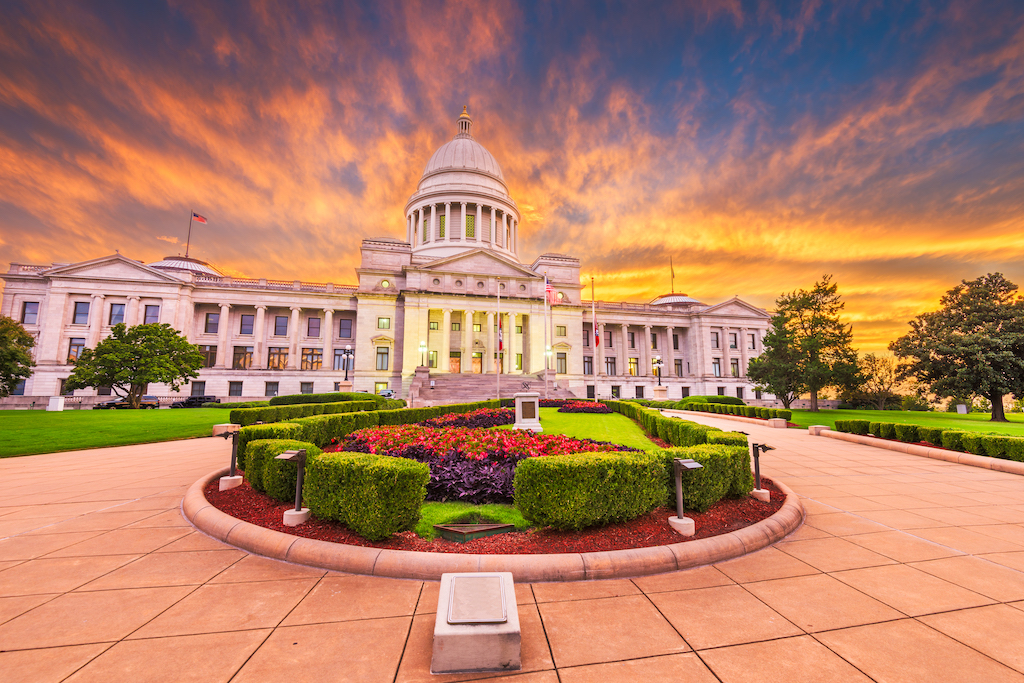 Arkansas is known as the natural state. It became a state on June 15, 1836. Arkansas is the 25th state, which is bordered by Missouri,  Tennessee, Mississippi, Louisiana, Texas, and Oklahoma. The Arkansas state flag contains 25 stars to resemble becoming the 25th state. Arkansas is known as the natural state because of its many beautiful lakes, rivers, mountains, hot springs, and wildlife. Little Rock is the capital of Arkansas. Other large cities include Fayetteville, Fort Smith, Springdale, and Jonesboro.

People often wonder why “Kansas” and “Arkansas” are pronounced differently. The main difference is Kansas is the English pronunciation and Arkansas is the French pronunciation. It is also much closer to the way Native Americans said it. Arkansas obtained its name from the Quapaw Indians, whom the French called “Arkansaw.” Arkansas has other unique facts. Arkansas is the only state in the United States that actively mines diamonds. As well, Rock House Cave in Arkansas contains well-preserved rock drawings. These were created by Native Americans more than 500 years ago.

The top employed industries in Arkansas include health care and social assistance, accommodation and food services, retail trade, construction, and manufacturing. According to the SBA, Arkansas has over 255,004 small businesses which make up approximately 99.30% of all Arkansas businesses. These small businesses employ 490,680 employees, which makes up 47.6% of all Arkansas employees. As you can see, Arkansas has many small businesses! Peak Business Valuation, business appraiser Arkansas, wants to help you understand the value of your business! If you are looking to buy a business, sell a business, or grow your business in Arkansas, schedule a call with Peak Business Valuation so you can learn more about what your business is worth!

Peak Business Valuation, business appraiser Arkansas, has performed business appraisals all over the state of Arkansas! Some of the most recent and common cities we have worked with include:

Peak Business Valuation has worked with individuals in various areas throughout the state of Arkansas. We would love to help you understand the value of your business!

There are several different industries across the state of Arkansas that Peak Business Valuation has worked with! We have experience with many types of industries 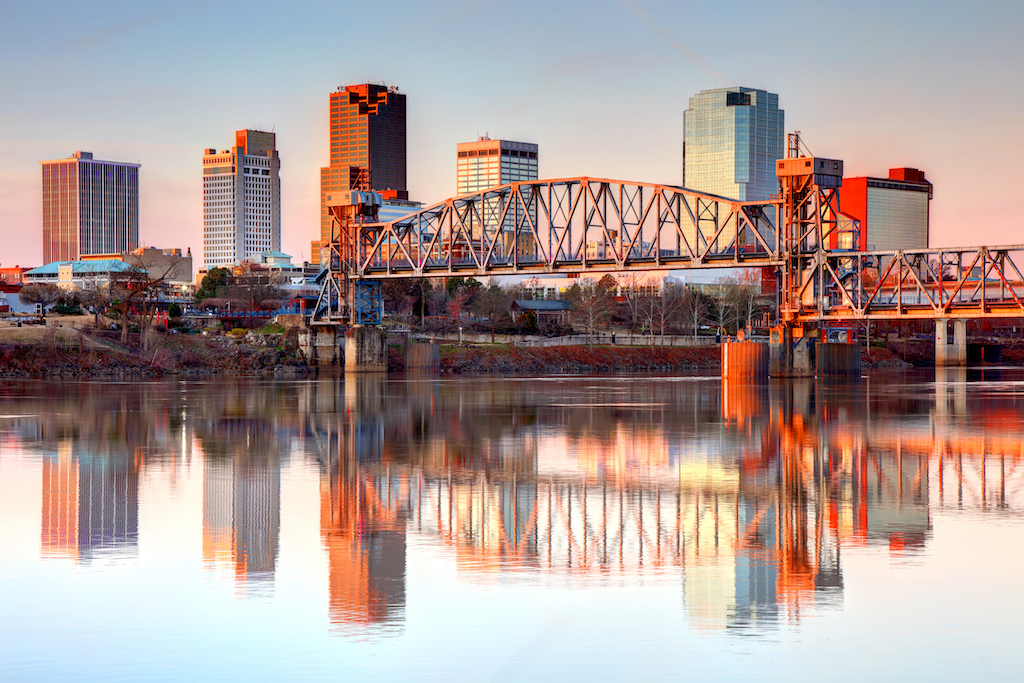 and sizes. Some of the main industries in Arkansas include health care and social assistance, accommodation and food services, retail trade, construction, and manufacturing. Here are some of the most common industries we work with in Arkansas:

Reasons for a Business Appraisal in Arkansas: